Dangerous Cold Moves Into Connecticut And The Hudson Valley

A major blast of Arctic air will affect our area over the next 24 hours as temperatures plummeted after the latest winter storm.

The coldest air of the season has arrived and will bring with it single digit temperatures for Connecticut and New York throughout the day on Monday.

A wind chill advisory is in effect until 1 pm Monday afternoon. Look for temp’s to be in the single digits for most of Monday, and with winds between 10-15 mph gusting to near 30 mph, the wind chill factor will make it feel more like minus 15 to minus 25 below zero.

When temperatures get this cold it can be very dangerous to be outside if your not dressed properly. The wind chills could cause frostbite on exposed skin in as little as 30 minutes.

The good news about this latest blast of cold air is that it won’t last that long. Temperatures will start to moderate a bit as we get into Tuesday with highs near 20, and even milder on Wednesday with highs in the low 40’s. Stay warm. 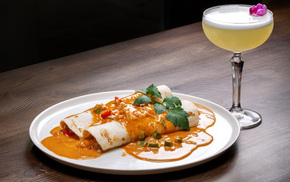